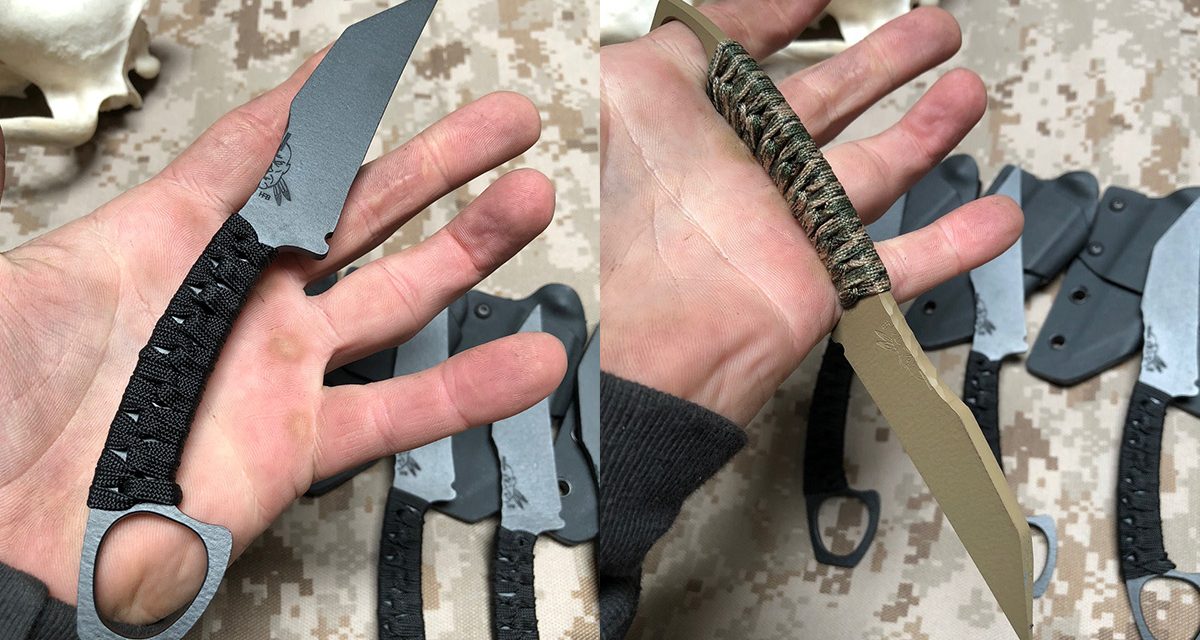 One of these outstanding Warriors is Andrew Arrabito, a medically retired SEAL who spent ten years of his life protecting our freedom. The sacrifices SEAL Arrabito made to keep us safe, should command the respect of every Warrior, Sheepdog and Sheep who loves freedom. Andrew belongs to an elite class. He is one of the one-one hundredth of one percent of Warriors in the World.

During Andrew’s service to his country he learned the value of a good blade. Whether the blade is for combat, EDC or cooking up some stir-fry, he has comprehended and connected with the inner soul of the single oldest and basic tool and weapon…the blade. For this reason, once retired, Andrew using his experience, started the long journey of learning how to make the best combat blades in the World. He says he wanted to bring the “end user”, him, back to the beginning. Slowly Half Face Blades was born. Half Face Blades are made by a Warrior’s hands. Each design is based on Andrew’s experience as a SEAL or in the case of SHPOS, based on a design by SEAL Team Six. 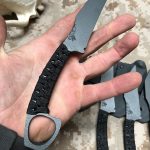 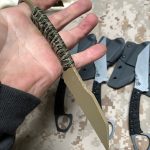 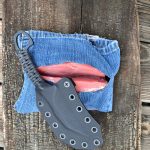 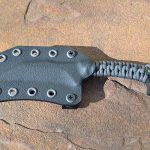 Andrew’s Brothers in SEAL Team Six, came to him with their design. They requested Andrew to make a combat blade designed for use when you are nose to nose and toes to toes, smelling the stinking breath of your enemy. The SHPOS was born and is designed to be used when you are grappling with a dirt-bag with no chance to deploy a firearm or larger combat knife.

The design of the SHPOS is to facilitate the following hand to hand combat move. You are struggling with a dirt-bag trying to get the advantage. You reach into your ballistic plate pocket and feel the “Flag” or butt of the SHPOS. You pull out this serious bad-boy and place the “flag” up against your ballistic plate. You then shove the dirt-bag into a wall or object, using the momentum to impale the blade into his chest. Another move is to have the dirt-bag fall on top of you or you upon him, resulting in the same effect. With training, this move would take less than one second.

The SHPOS was made to be concealable, light but strong with a deadly sharp point. The SHPOS weighs 2.9 ounces with a 3.687 inch blade sporting a cutting edge of 3.0 inches. The entire blade is made of S35vn American Steel. The handle is skeletal and professionally wrapped with 550 cord. The overall length is just 7.749 inches. The SHPOS is one excellent combat knife.

In testing the SHPOS, I wanted to test the point as this knife is designed for stabbing. However, in a fight for your life, slashing can also be used. As a citizen, we can defend ourselves with most any weapon we chose. Defending is not the same as attacking. As citizens you can defend yourself or others. Using a knife for defense is better than bare knuckles. Stabbing an attacker is good defense. Slashing at the hands of an attacker who is reaching out for you is also good. It is good because defending means you are trying to stop a potentially deadly attack. If you get the dirt-bag or sub-human piece of s**t to run away or leave you alone, then you have successfully defended yourself. Running after them, jumping on their backs and stabbing them in the neck goes a little beyond defense. If in the heat of battle you maintain contact till the dirt-bag expires, in most States this is defense as well.

To test the slashing ability of the SHPOS, I took a large chunk of meat and shoved it in a jean pant leg. This was my slashing target. I then held the target on a board and slashed with a great deal of force. The results was a four inch long gash at two inches deep. A wound which would deter most dirt-bags. Such a wound to their neck, shoulder or abdomen would stop the fight.

To test the stabbing ability, I took an old fifty pound half dried out clay block. I could make a small dent in this clay with my thumb so it had some give. I then placed four sheets of cloth over the target. Taking the SHPOS in my right hand, I struck downward with great force. With very little resistance I drove the SHPOS into the target stopping when my fist slammed into the cloth and clay. I was amazed.

I then took a 2X8 pine board, a rubber mallet and the SHPOS. With the rubber mallet I drove the SHPOS into the pine board to a depth of about one inch. I then wiggled it back and forth to remove it from the board. I checked the point and blade for damage. I there was no damage.

Even though the SHPOS is made for combat, as in most other knives, it can be used for everyday use. It could be your EDC. I took my sample SHPOS and boned-out a salmon. I then cut it in two sections getting it ready to bake. The SHPOS was excellent in the use around the kitchen and on this salmon slab.

In conclusion, I like this little fixed blade. It is light, strong and very functional. As a defense it is great. As an EDC knife it is still great. For what it was designed for, who designed the SHPOS, and who makes it, I can recommend this Half Face Blade as a combat knife, self-defense and a handy EDC fixed blade. 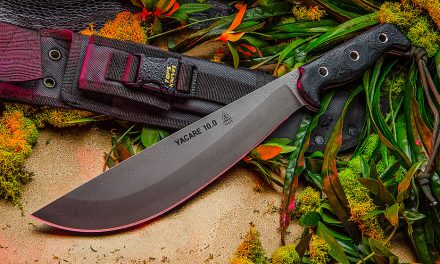 TOPS Yacare 10.0, One of the Top Five Utilitarian Machetes in the World 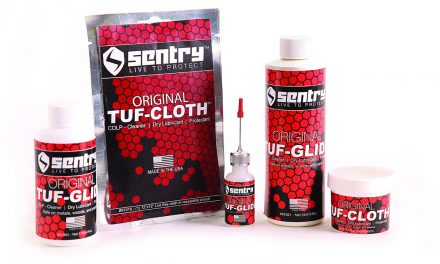 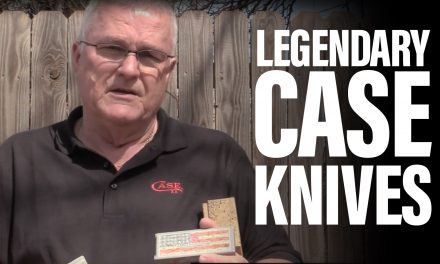 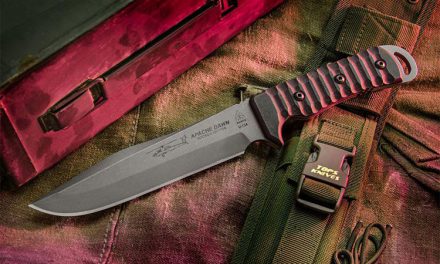