The Best Single Shot Rifle Ever: Ruger No. 1 Rifle 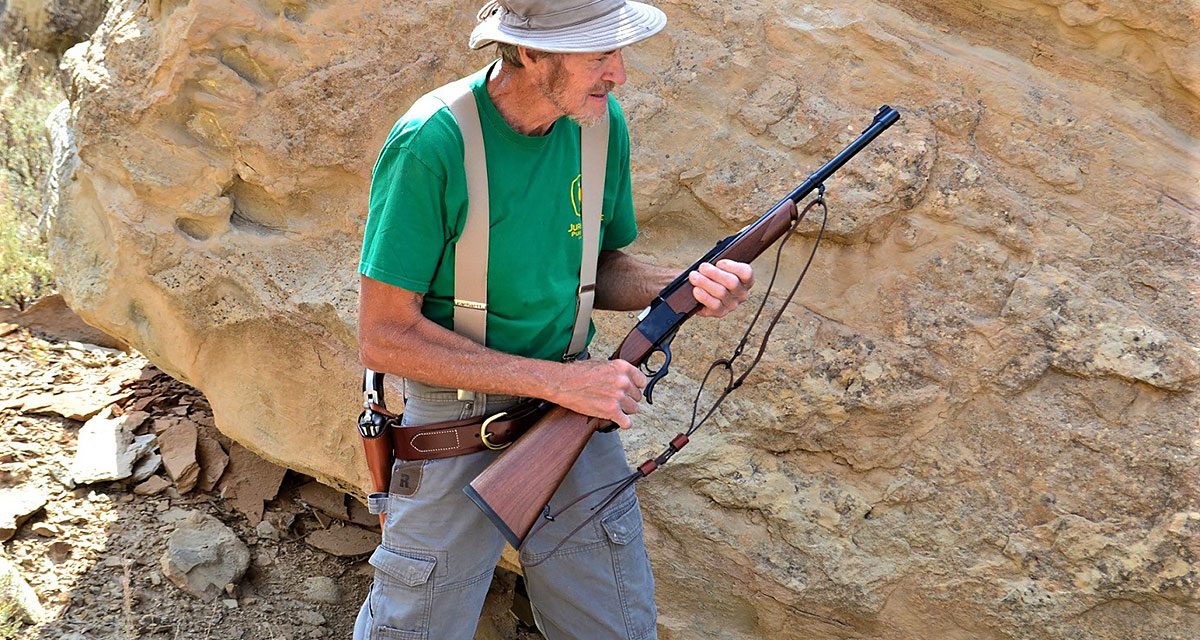 The .475 Linebaugh Handgun Round in the World’s Finest Rifle

Legendary Ruger No. 1 Chambered in the Legendary .475 Linebaugh Handgun Round

The Ruger No. 1 Rifle is legendary. I have always wanted to buy one for hunting, but on a law enforcement salary this would be an unattainable goal. So, when I was able to afford my dream Ruger No. 1, I looked at all of the calibers this rifle came in. Since I own a Ruger M77 in .270 Win. I was hard pressed to find a non-magnum round which, in my mind, performs better. My problem is when I like something, I tend to stay loyal as in the case of the .270 Win round. In handguns it is the 1911 in .45acp. I know there are many good points to be made about other rifles in other calibers but like I said, I am very loyal to my Ruger M77. 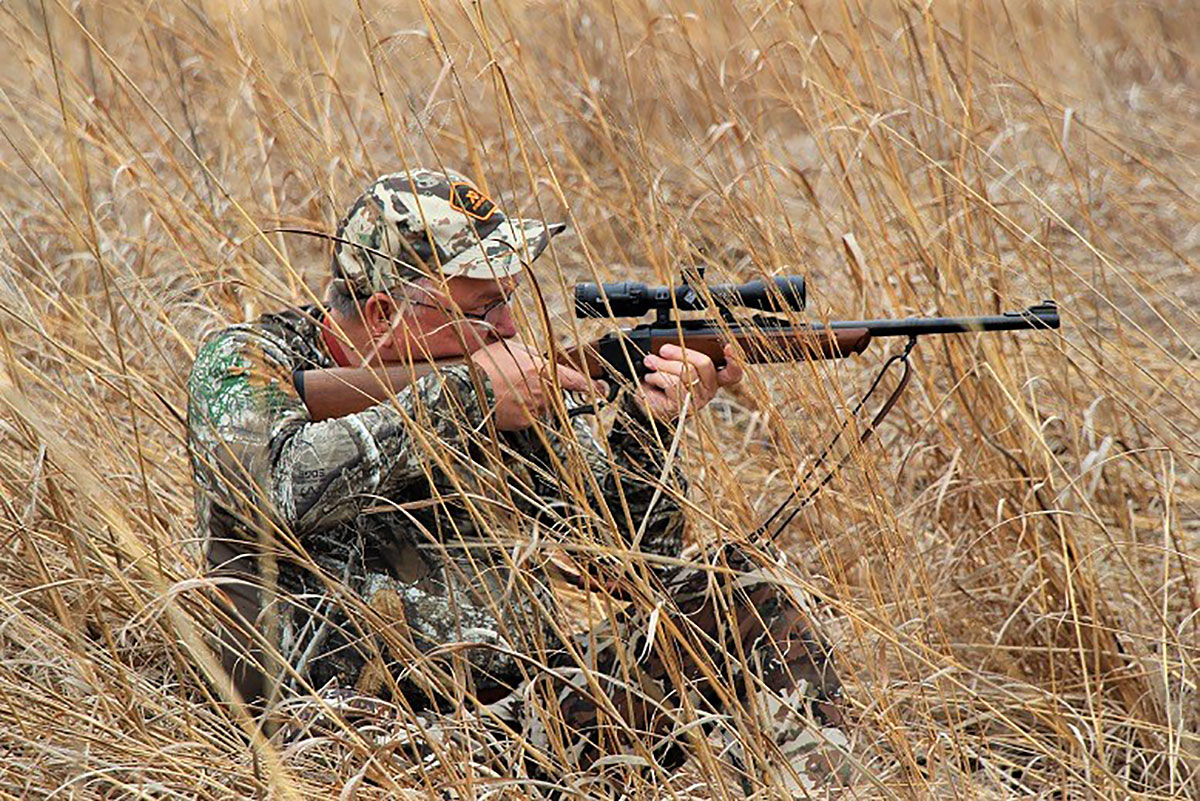 In looking over the selection of calibers the Ruger No. 1 comes in, my eye fixed on what seemed to be an odd caliber for a rifle of this stature. The round was a handgun caliber. This Ruger No. 1 is chambered for the .475 Linebaugh and the 480 Ruger handgun rounds. Both calibers are well known for their knockdown power in a handgun. What these rounds could do in a 20-inch rifle barrel would be interesting to see. As far as the dual caliber, think of this as a large bore version of the 38 special and .357 mag or 44 spl and the 44 mag.

The Ruger No.1 in .475 Linebaugh/Ruger 480 is an exclusive firearm built for Lipsey’s Firearms Wholesaler. If you like things a little different than others have, look through Lipsey’s catalog. If you find something which triggers your fancy, pun intended, go to your Ruger firearms dealer and have them order the Lipsey’s special edition Ruger firearm. But for me Ruger was kind enough to provide this No.1 for my review at a Lawman price. When I took it out of the box, it was love at first sight. So I set the rifle down and wrote out the check.

Now I know what you are thinking. Why would I buy one of the finest rifles on this Planet chambered in a handgun round such as the .475 Linebaugh/480 Ruger? Well the first and obvious is the interchangeability of these rounds from handgun to rifle. I am a very proud owner of a Ruger Super Blackhawk Bisley chambered in the Ruger 480. Why the Ruger 480 and not the .475 Linebaugh? Price of ammo, pure and simple.

Well I am a Ruger fan from way back. My first pistol was a Ruger Super Single Six with dual cylinders which I bought back in 1969. I still have this pistol. So, single actions are fun for me and my natural love of Ruger revolvers took me to their Super Blackhawk Bisley in the 480 Ruger. Ruger does not make a handgun in the .475 Linebaugh. However, Linebaugh’s .475 Linebaugh handgun, priced at around $7,000.00, uses the Ruger Super Blackhawk Bisley frame for their custom revolver. The Ruger and Linebaugh combination make for a World class single action revolver.

Upon receiving the No. 1, I took it out of the box and examined it very closely. Like I said, love at first sight. Moving on, I wanted to find a flaw, a mismatch, or something which would make a dent in my strong belief in the Ruger brand as being one of the World’s finest rifles. I could not find a single thing but instead reinforced my love for the Ruger No. 1 rifle.

I then took the No. 1 to the Oklahoma City Gun Club for my first test and evaluation. I mounted a Bushnell AR Optics 2-7 36mm atop the Ruger No. 1. At the bench rifle range, at 50-yards I sighted in the Ruger No.1 using Underwood’s .475 Linebaugh 300 Grain Xtreme Penetrator rounds. After several rounds fired, I was able to achieve one-inch groups. At the 100-yard position I was able to achieve, again, one-inch groups. The Underwood .475 Linebaugh at 100 yards, on average dropped 1.5 inch from zero. I did not attempt to shoot the 200-yard position as I was having so much fun, I was running low on this .475 Linebaugh ammo. At $59.99 per box of 20 cartages, I wanted to avoid buying additional ammo above the samples sent. But interesting enough, the 480 Ruger Hornady rounds grouped only three inches from where the Linebaugh did. The Bushnell AR Optics did great. The lens was perfectly clear and complimented the Ruger well. Love the Bushnell products. 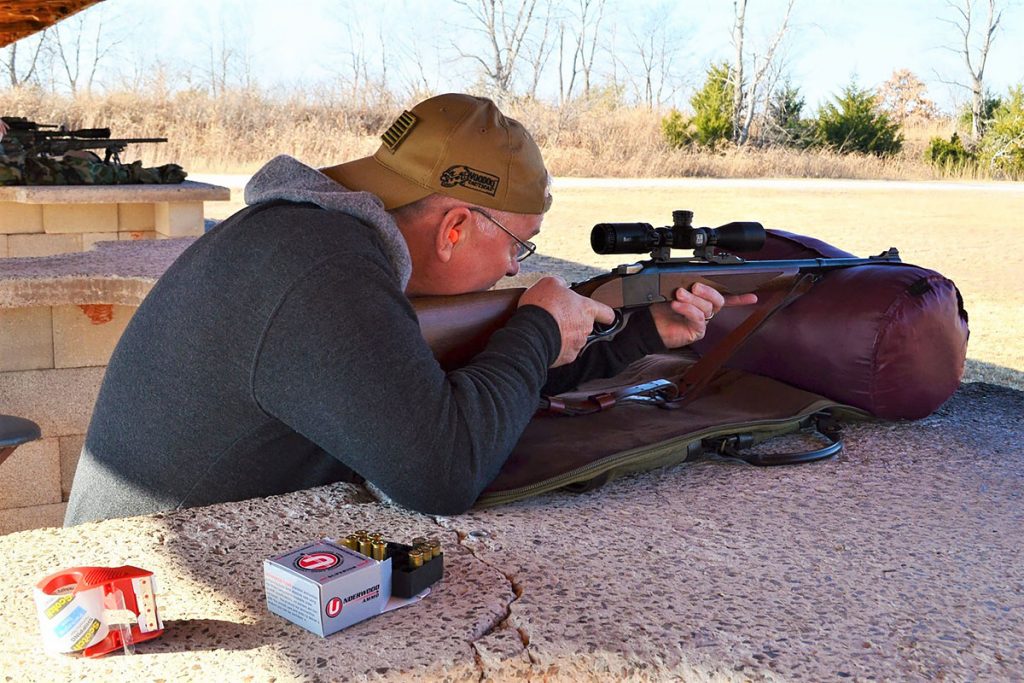 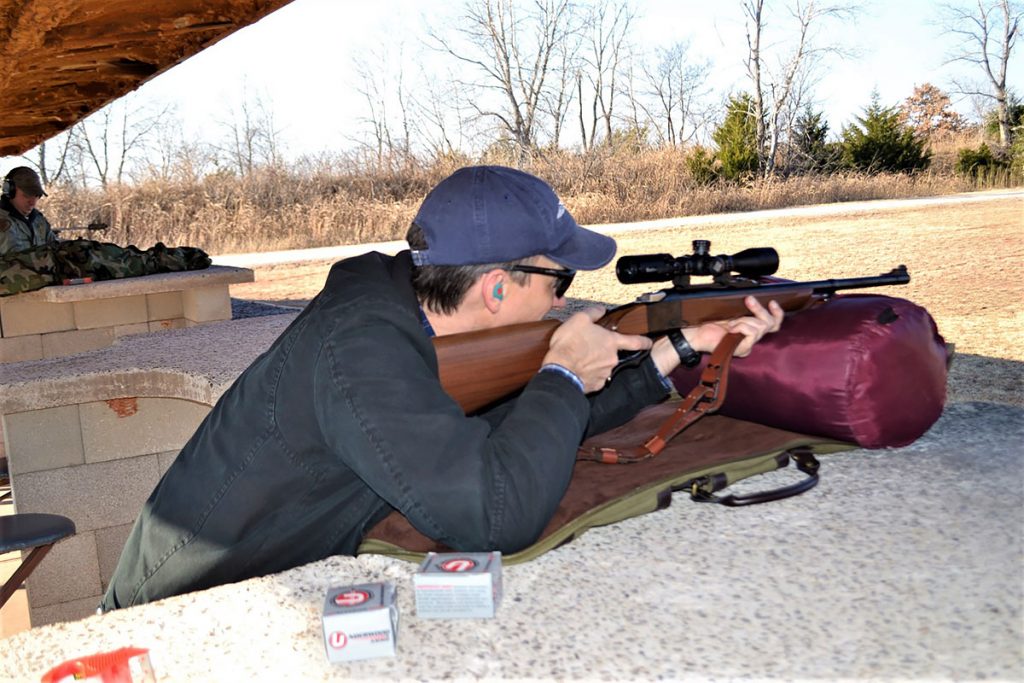 While testing the Ruger No.1, another gun club member was watching me shoot. So, I asked him if he wanted to try a few rounds. He jumped at the chance. Club member Scott Borer told me he has always wanted to shoot the legendary Ruger No. 1. Well he was granted his wish. In fact, Scott loved my Ruger No. 1. so much he has added it to his bucket list to purchase one for himself. Scott found out what I had experienced. The Ruger No. 1 falling-block breech action is nothing short of amazing. Not only is it amazingly smooth, this action is one of the strongest made. The trigger pull is superb which makes tight grouping possible. The accuracy of the Ruger No.1 is legendary which I can confirm.

At one of the informal ranges of the OKCGC, I placed a 50-pound block of soft clay on one of my wife’s wooded TV tray. Hey it was handy and would work great. What could go wrong…..right? Well when I am left alone to my own devices normally something does go wrong. I loaded the Ruger No. 1 with an Underwood .475 Linebaugh 300 grain Xtreme Penetrator. From about 30 yards out, I took careful aim at the 50-pound menacing block of clay perched on the very strong wooden TV tray. I squeezed the No. 1’s perfect trigger and BOOM! In a nanosecond the block of clay vanished and the wife’s nice new wooden TV tray was crushed. The Underwood .475 Linebaugh round passed through the 50-pound block of clay with so much force, it crushed the wooden TV tray. The round never struck the tray but the energy from the projectile demolished it. Looks like a trip to Target to replace the TV tray and an order for another 50-pound block of clay is in order. 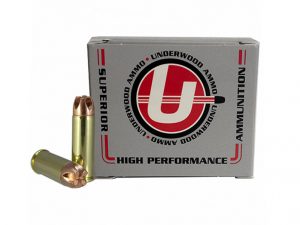 After destroying the block of clay and the……other item……Gridley and I tested the velocity of the Underwood .475 Linebaugh and Ruger 480 rounds. For this test I removed the mounted Bushnell scope to use the open sights. This test consisted of three rounds fired for an average velocity. An interesting thing is the 480 Ruger round weighed 25 grains more than the .475 Linebaugh round. The difference in velocity is 183 feet per second and 272 in foot-pounds. So, when we figure in weight ratio to velocity in this instance the Ruger 480 and the .475 Linebaugh were very close in performance. Here is the formula. F = (m1 * V1 – m0 * V0) / (t1 – t0) You know, Newton’s Second Law of Motion. Yes, I don’t have a clue either but it looks cool.

But in conclusion of the penetration test, the Underwood .475 Linebaugh 300 Grain Xtreme Penetrator round is one bad mama. Within 100-yards I feel confident it would stop any fang and claws fur-ball with a bad attitude. Check out the video of the destruction of the 50-pound block of clay. One video is at full speed, and the other is in slow motion. In the slow-motion video, see the huge hole in the face of the clay block as the Underwood Penetrator round entered. Impressive. 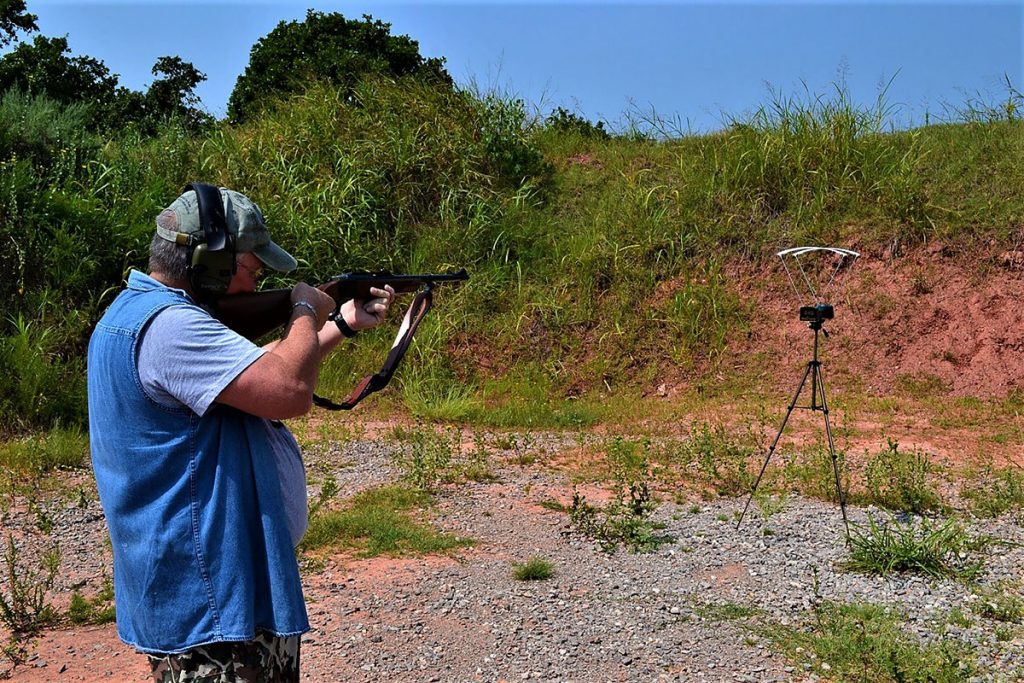 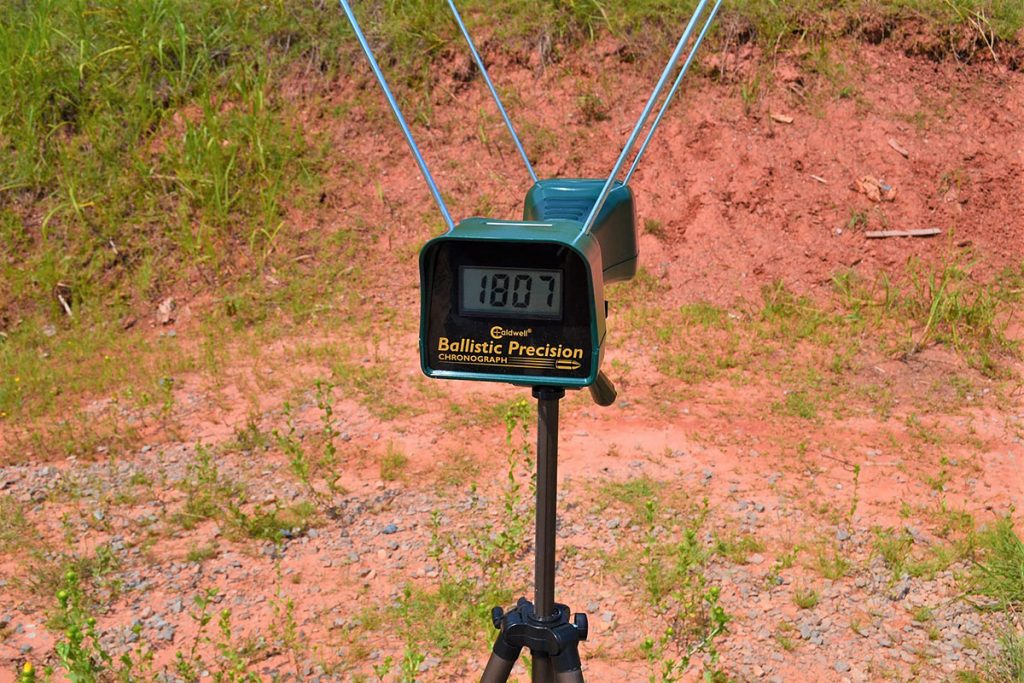 In Colorado we fired 40 rounds through the No. 1 at good old tin cans. Cody Znamenacek, a lifelong hunter in the Rocky Mountains, shot the Ruger No.1 and fell instantly in love. I wanted his personal opinion as a hunter of big game. Cody said he has never fired a rifle of such quality. Cody loved the balance and simple operation of this single-shot rifle. He believes the Underwood .475 Linebaugh Xtreme Penetrator round would bring down the biggest Moose or Bear on the Continent.

Later in the year, I took the Ruger No. 1 to Kansas where our family farm is located. It was not deer season, but it was coyote season for sure. Coyotes are a predator and will take small farm animals as well as most farm dogs. An occasional harvest is in order to keep the depredation of their hunting practices to a minimum.  But as luck would have it, the wily coyotes were up on their game and we were not. The wind was coming out of the south through the woods at about 25 mph covering up our electronic call. Coyotes one, home team zero. Never the less, the Ruger No. 1 with its 20-inch barrel was easy to wheel around in tight places. It would be perfect for hunting from a tree stand. 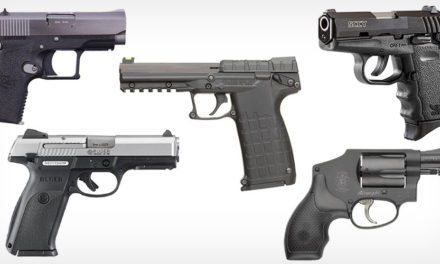 Five Best USA Made Handguns Under $500 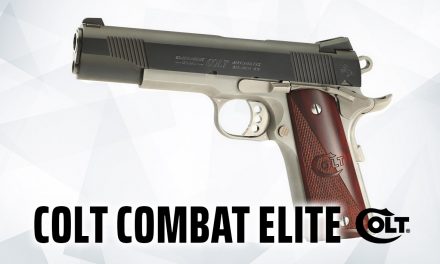 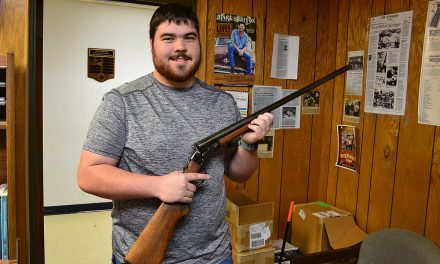 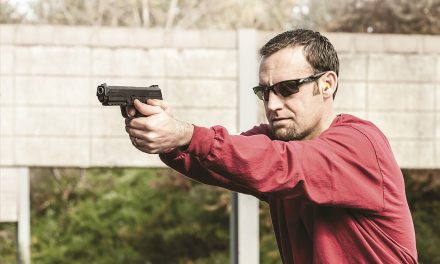