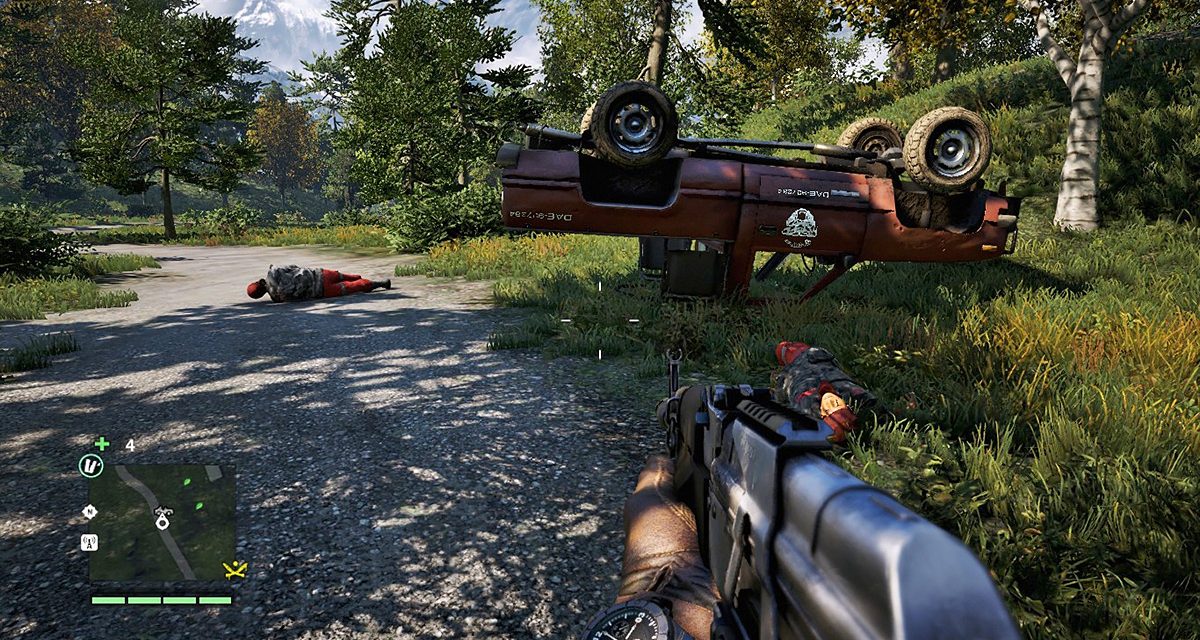 Parent’s Warning: The character your child or young adult will be playing engages in the use of illegal drugs which would appear non harmful and totally acceptable.

In the past I played and enjoyed the Far Cry® games. I played one through three. I didn’t buy the Far Cry® Primal as the reviews were not positive enough to pay the $49 to $59. I felt Far Cry® Primal kind of drifted from the main theme of the game series. I am a big fan of the Far Cry® first three games. Now four years ago, comes along Far Cry® 4. Since Steam featured this game on sale for under $12, I became interested.

I bought Far Cry® 4 on Steam which was on sale for less than $12. I figured the price was right for a game I knew I would like. Even though the reviews were “mostly positive” I thought…why not. Far Cry® 4 takes place in the region of the Himalayan, Mountain Ranges which divides the Indian Subcontinent and the Tibetan Plateau. Nepal would be the country which the Himalayas occupies the most of but Tibet is most commonly thought of when you discuss the Himalayan Mountains. Tibet was once an independent country but lost its independence to China in 1950 when they invaded Tibet and took it by force. Okay enough of history. 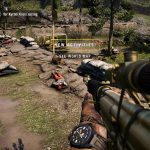 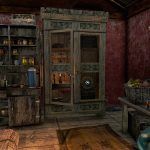 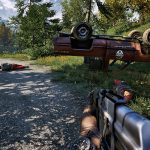 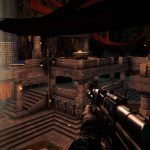 The game is played in a mythical country called Kyrat. Kyrat is a politically deeply divided country steep in much violence. You play Ajay Ghale who is referred to by the “AI” as “Ajay”. Ajay is in Kyrat to deposit his mother’s ashes for her eternal resting place. How Ajay fights everyone, animals included, and not lose the ern with his mother’s ash is never explained.

There are two factions in this game the bad guys who worship and follow the Pagan King and the rebels of the Golden path. You begin by moving and fighting across the southern half of this small country accepting missions and side missions. You also kill and collect skins to fashion bags to carry all your war equipment. You take out outposts and two southern forts. The game suggests you take the forts in a coop game. This works better…as long as your invited partner’s game does not crash or screw up in many other ways. Once you have killed, hunted and save lives throughout the south, you advance to the North where you basically keep doing the same thing finding, or they find you, the much need snow leopards. Animals are very dangerous including the plant eaters like the rhinos, Yak and wild boar. O-there are poisonous snakes too. 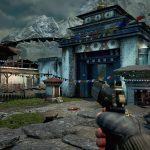 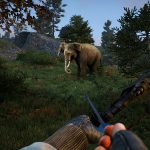 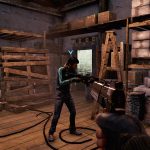 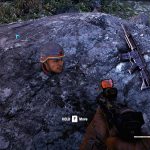 O-yes one bird will cause you to fill the air with some foul language. The Black Eagle, real animal, attacks and takes half of your health. The Back Eagle will attack at the worst times. You are fighting for your life against multiple bipedal AI and the next thing you know an eagle is clawing your eyes out. You are being eaten by wolves and an eagle attacks as well. I spend lots ammo just shooting them down to prevent them from attacking. The only time they have not attacked is when I am riding peanut the elephant. In fact, no animal attacks you when you are riding peanut. Bad-guys don’t recognize you as quickly as they do when you are walking or driving. If you are attacked by bad-guys while riding peanut and she gets hit with a bullet, just jump off and she will make mush of them and their vehicles. I loved peanut and her abilities.

In Far Cry® 4 you will have at your command, after you earn or recover them, many firearms from handguns, machine guns, assault rifles, shotgun, sniper rifles, .50 cal. sniper rifles, stationary mortars, RPG, grenade launchers, grenades, land-mines, Molotov’s, C-4  and even a .700 Nitro Express which in real life is a double barrel rifle which cost $15,000 and up. There are also hunting bows and crossbow pistols. There is a flame thrower as well when it comes time to cook up a rogue elephant.

Randomly while walking around you will find modes of transportation such as Cars, buggies, vans, trucks, four-wheelers, fishing boats, rubber boats, gun patrol boats, Jet-scooters, hang gliders, an ultralight one man helicopter which will fly with two. I just remembered, once I found a hover vehicle. You will quickly receive a flying suite which is dangerous to use until you gain some skills using it. In this game you can be running and jump off a rock and the suite engages and causes you to crash taking half of your health or even death.

Far Cry® 4 for me is a fun game. For $11 and change I can’t complain too much. If you are a Far Cry game lover, I would say yes buy it at the current Steam price. For gamers who are not so inclined to play this type of game, I do not recommend. I talked to many gamers who have played Far Cry® 4 and found they were not impressed.

If you like to play coop with friends, this is not your game. You can only play with one friend at a time. During the coop game your friend, and sometimes you, will experience many difficulties. To keep the list of problems more manageable, your friend will experience freezing in which the game keeps running but they cannot move. The friend will be kicked back to the main menu or even to desktop. The friend sometimes will be able to see you but not vehicles, bad-guys or dangerous animals attacking. They will see you leave elevated in the air but not the vehicle you are in. They will not be able to get in this vehicle. Many times I had to blow up my friend so he could heal himself. Once when I joined a game of Far Cry 4, my computer locked up to the point I had to force a restart. For coop playing Far Cry® 4 has many problems. If you are thinking about buying this game for coop, don’t.

Far Cry® 4 is a first shooter open world, Single player, Coop, Multiplayer which uses AI bipedal players on both sides. You can buy it on Steam, at a gamers store or on line. 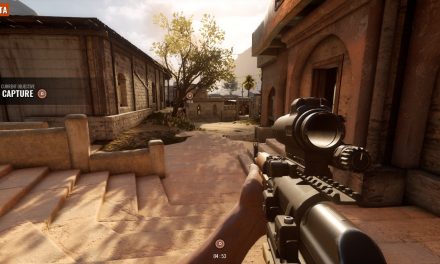