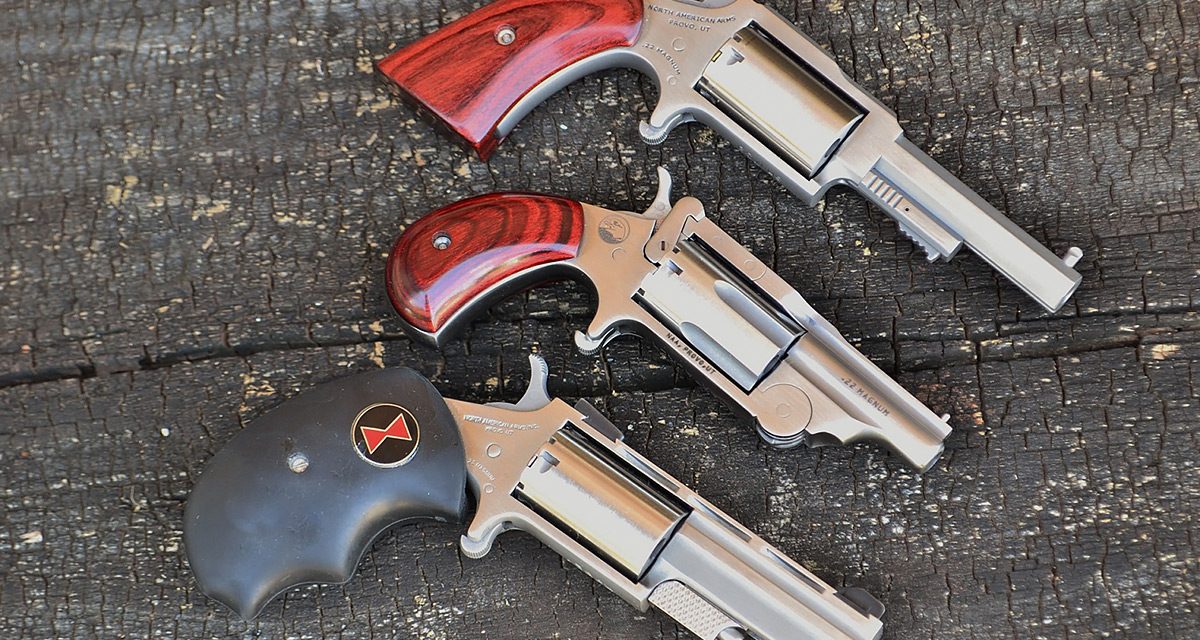 The Best Revolver, Mini or Other, for CCW Warriors and Sheepdogs

Over the years I have reviewed many firearms. I have evaluated duty firearms for departmental purchase. Evaluations which resulted in considerable funds being spent on a new product. While working for the United Nations in Kosovo as Chief of Personnel in the American Sector, I purchased equipment and office furniture and supplies. As an example I ordered 14 cans of pepper spray for 14 female translators who needed them to detour unwanted advances from UN Police. No not Americans. I received 14,000 cans. I took my 14 cans of pepper spray leaving 13,986 to be returned to UN HQ. So I learned to closely evaluate and look for potential problems procedures which could carry unwanted results. I use this caution in my evaluations of all products I write about.

Since my visit to the North American Arms HQ in August of 2015, I have been looking forward to evaluating their purposed break-top single action .22 magnum revolver. At that time the Ranger II was in a state of flux as far as if NAA was going forward with the concept or not. At the 2016 Shot Show in Vegas, I visited the NAA booth and was secretly shown a prototype of what is now the Ranger II. Fast forward to early summer 2018 NAA sent me their Ranger II for testing and evaluation. I appreciate their remembering my request two years earlier.

Right out of the box I examined the Ranger II. I liked the looks, the feel and the high quality workmanship. I read on a blog wherein a contributor said NAA produces firearms which rival jewelry. I agree with his assessment. The Ranger II sample I received from NAA is quality. This Ranger II came with both the .22 magnum and .22 long rifle cylinders. I requested the combo to see how the Ranger II would handle the ejection of .22 shorts to .22 magnum.

After my initial examination I can say the NAA Ranger II was not designed or made for rapid firing. It was not designed to be a combat weapon. It was not designed to be a target revolver. The NAA Ranger II was produced for those consumers who love the mini revolvers and take their time shooting them. As a famous “Law Man” once said, “No wise man ever took a handgun to a gun fight.” Wyatt Earp (March 19, 1848 – January 13, 1929) In other words, if you think you are going to engage in a gun fight, you should be taking your shotgun or multi-round semi-auto rifle to the fight and not a mini .22 caliber revolver. 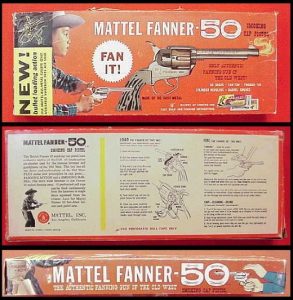 I have seen and read reviews about the evaluation of the Ranger II. I have seen where the reviewer was virtually fanning the hammer of the Ranger II. In doing so he would catch the break-open latch causing the cylinder to open. “Fast is fine, but accuracy is everything. In a gun fight… You need to take your time in a hurry. “(Wyatt Earp March 19, 1848 – January 13, 1929). North American Arms did not design the Ranger II to be used as a “Fanner Fifty” (Cap pistol made by Mattel in the 1950’s wherein you fanned the hammer to rapid fire the “Greenie Stick-um Caps”. Mine shot out gray projectiles. Yes a dangerous time for kids.) 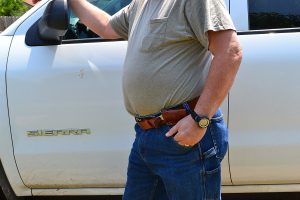 One big thing I like about the NAA revolvers is the way I can carry a fully loaded single action safely. All I have to do is point the firearm in a safe direction, carefully pull the hammer back, rotate the cylinder till I can slowly lower it into the notches provided. Between each chamber is a notch made for safe carry of their revolvers. This makes the NAA revolvers perfect for pocket carry. If you unintentionally drop the pistol and it unlikely lands on the hammer, it will not fire.

I fired the Ranger II test sample on several occasions, it never failed to fire. The hammer came down hard on the rimfire ammo I used. The .22 magnum fired had some recoil but very manageable. As one would expect the .22 long rifle and .22 shorts were very pleasant to shoot. If one was wanting to practice a clean draw and fire, the .22 LR would be my choice over the more expensive .22 mag. While ejecting the spent cartages, I just turned the revolver upside down and popped it open. Most spent cartages fell to the ground, with a little shaking the one or two stubborn ones fell free. Not being a combat gun this is very acceptable. The Ranger II is much easier to reload than the other NAA Revolvers with the exception of the Sidewinder. 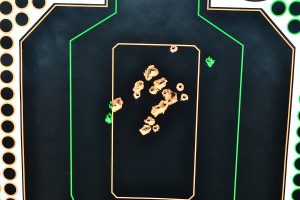 As far as accuracy, unless I had a custom machine pistol rest with adaptor for the Ranger II grips, it is hard to tell how accurate the Ranger II is. Mr. Gridley and I had no problem hitting a 15.5 X 20.5 inch Champion adhesive visicolor peel and stick target. Gridley and I fired from around 15 feet using two hands. Professionally I have seen what happens when a .22 mag HP hits a person in the chest area. From our testing we had no problem in hitting this vital area. I would say for a mini revolver, the Ranger II has excellent accuracy.

I found the NAA Ranger II revolver to be an excellent firearm worthy of any Warrior or Sheepdog carrying. In testing this revolver, the Ranger II consistently fired with no malfunctions. It devoured .22 mag to .22 short. I would have tested .22 long but none was to be found. Loading and unloading of this firearm was easy and frankly…fun.

As I stated, accuracy is excellent for a one and five eights inch barreled revolver with very basic sights. I believe the Ranger II is more accurate than we could shoot. This small deadly revolver carried in my pocket or in the cross-draw holster, was comfortable and literally unnoticeable by me and those I encountered. I highly prize the Ranger II. I can professionally recommend the Ranger II for CCW, LEO backup or just for grins and giggling shooting. This is a great little firearm.

When I showed the Ranger II to the ladies, each and every one said how cute it was and followed up with where can I buy one? I told them to go to their local gun store to order one. The Ranger II would be perfect for a ladies purse, even their wallet. If a lady with a CCW decided to take a walk on a jogging trail, the Ranger II would be a great accessory to have in their pocket. North American Arms has a good selection of holsters designed for the carry of the ranger. Watch the video on our testing of the Ranger II.

The target I used for the Ranger II
http://www.championtarget.com/targets/paper/adhesives/visicolorpeelandstick.aspx 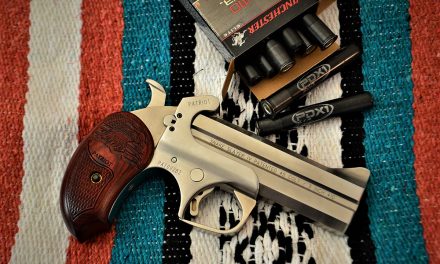 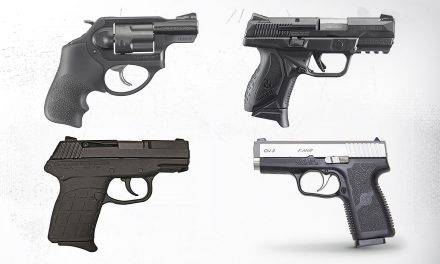 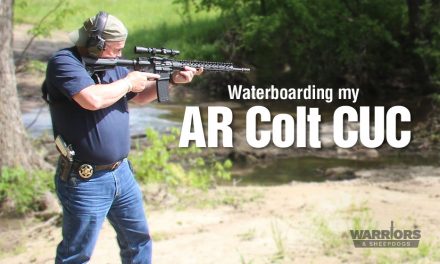 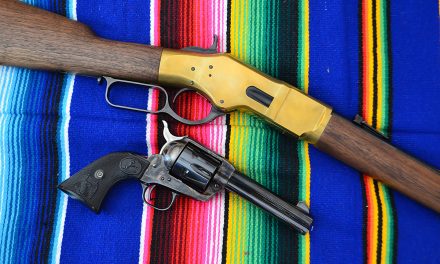